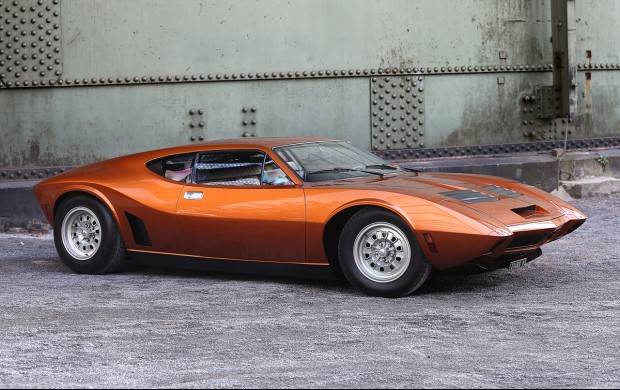 The love affair with American/Italian Mashups continues. This one is a mix of design and engineering from AMC, Bizzarrini, BMW and ItalDesign. The car is being offered in January in Scottsdale, AZ by Gooding and Company.

In 1968, American Motors sought to focus on more performance-based products that could better compete with foreign competition and infuse excitement in the brand. Richard “Dick” Teague, the head of design at AMC, was tasked with designing a mid-engine sports car, which resulted in the AMX/3 program. The program collaborated with other firms, which included BMW, ItalDesign and Bizzarrini to assist with the engineering and design elements of the AMX/3. This example is known as the Monza car, due to the aerodynamic development that Bizzarrini put it through at the racetrack in 1970, testing that resulted in a top speed of 170 mph. After an extensive concours-quality restoration, this AMX/3 won First in Class at the 2016 Pebble Beach Concours d’Elegance®, in the featured Bizzarrini class. This is a rare opportunity to own a piece of American automotive history.